It’s a cliché, but as is often the case with clichés, it’s true. There are plenty of examples of companies sticking blindly to their core offering, like the business phone which for a while was the one to beat: The Blackberry. Or film giant, Kodak, spanning the globe with its photographic products, and then reduced to a shell in just two decades by the advent of must-have digital cameras.

We tend to think of innovation as being ‘something completely new’, but often it is actually the process of extending an existing product. Google is a great example of constant expansion from the core offering. The irony of the collapse of Kodak is that the company was actually at the leading edge of digital camera development, but failed to predict that this disruptive technology would destroy the base of a company which had traded since 1888.

So despite the element of cliché, innovation really is a vital quality, if a business wants to survive and prosper – and of course, all businesses want to achieve that. As a result, your mousetrap manufacturing company designs and builds a better mousetrap. It’s innovative and there’s going to be enormous demand, you just know it. Job done then?

Far from it, because it’s no longer merely about an innovative product, it’s about how you bring that to market and the processes which aid your campaign. To quote a recent review of ecommerce success stories, “…technical innovations encompass automation, data orchestration, and technical SEO, to name a few, and are as important to a brand’s growth as site UX or a unique business model. That’s because the pace of change has never been faster, and business agility is now the single biggest competitive differentiator in retail.”

Agile: more than a buzzword‍

Business agility is now the single biggest competitive differentiator – that’s worth thinking about. Such agility comes from the systems which support marketing, sales, customer relations and all the myriad back-office activities which keep a company pushing forward. So innovation is essential not only in the products but in the delivery of them.

Digitalization has been the name of the game for a long time now (that is, for 10 to 15 years), and is defined by Gartner as, ‘…the use of digital technologies to change a business model and provide new revenue and value-producing opportunities; it is the process of moving to a digital business.’ OK, well we all know this, but getting there is rarely easy. Old legacy systems keep a business anchored in the past, and numerous software add-ons provided quick fixes in the rush to digitalization, but often at the cost of the chaotic and contradictory system architecture.

The opportunity to do stuff

So it’s pretty safe to acknowledge that the low-code and no-code approach is growing rapidly, enabling businesses to ‘do stuff’ that was previously undoable, and in turn speeding up the development and sales processes. Low-code and no-code in themselves also offer a vastly speeded-up and streamlined way of application development. No-code allows citizen developers – the actual users within a company – to create and prototype apps exactly suited to their needs. The low-code development can then be passed on to more experienced hands to finesse the software, but often still in-house. Development can take weeks rather than months, with little or no costly consultation fees. Now that sounds like real innovation, right?

Oriana is a pioneer in low-code with its Effector platform, which sits on top of a company’s existing ERP system, seamlessly integrating with it, and providing customization without limits to suit business-specific needs through workflow modules. A vast and growing library of business application templates means that it’s always possible for a company to be ahead not only in the products and services it offers but in the full range of digitalized functions that enable it to ‘innovate or die’.

And if you have any doubts about the importance of innovation, just consider Blockbuster Video, which peaked with 9,094 stores and some 84,000 employees in 2004, and today has… how many stores? - Well, one actually, in Bend, Oregon. Apparently, rather than innovate, the Blockbuster management team thought that an annoying little streaming upstart called Netflix would soon die. 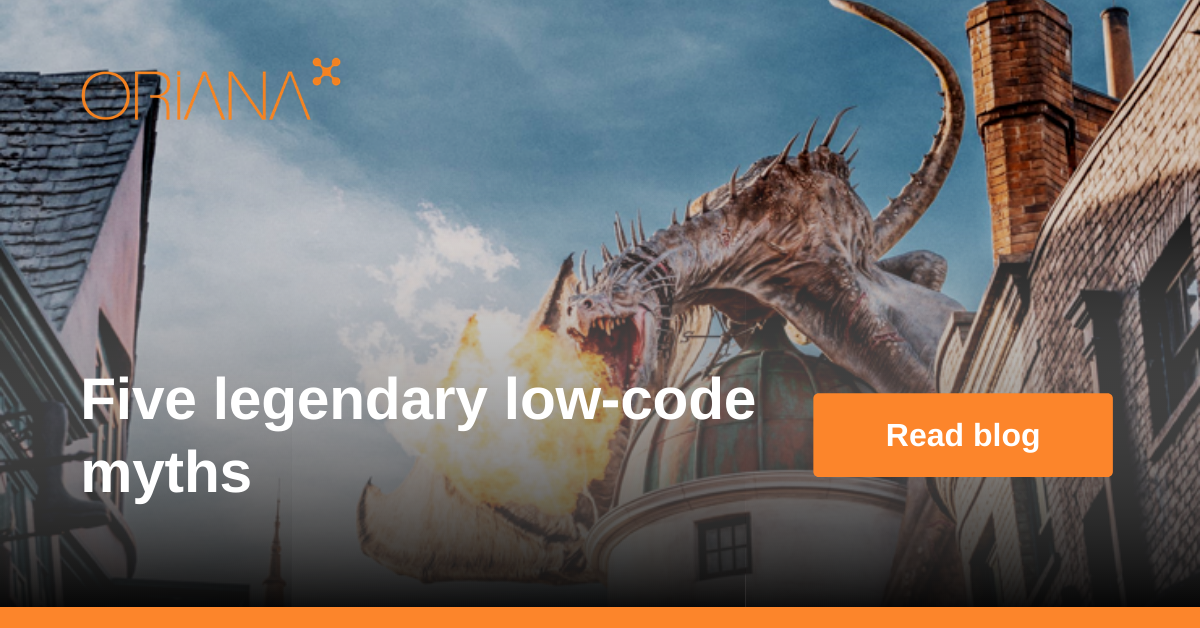 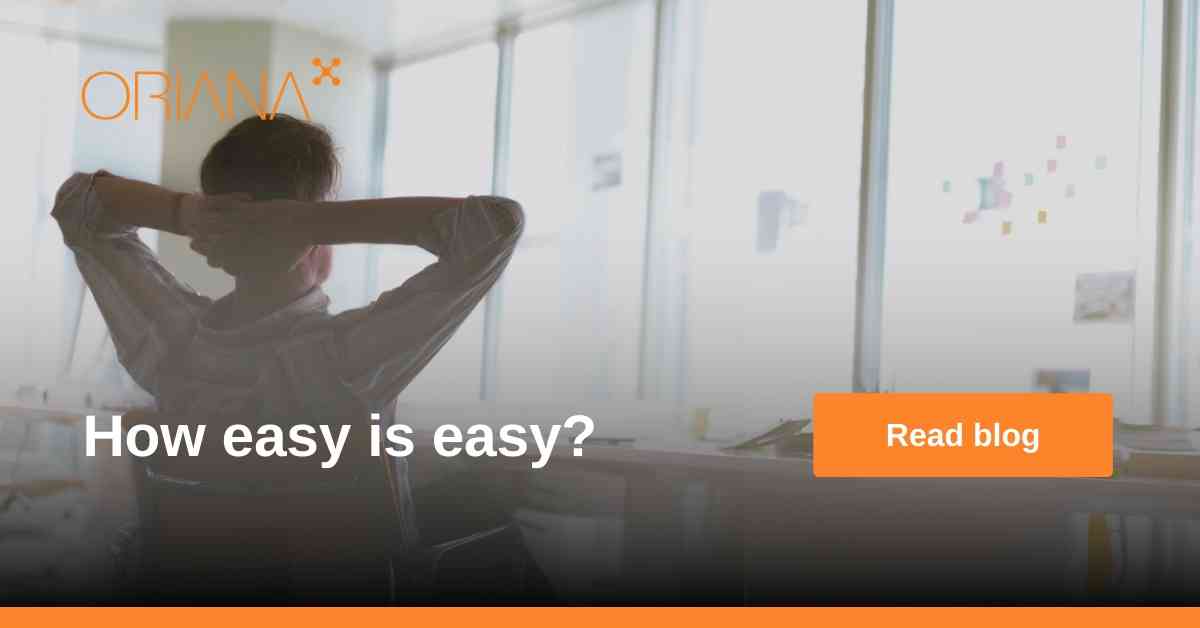