Most of us, when we make a major consumer purchase, hope, “That’s it, at least for a while.” We don’t expect to need a new car, TV, or washing machine anytime soon, thanks very much. Companies are even more attached to their major purchases, especially IT systems. They cost a lot in the first place, and over the years money gets poured in to keep the increasingly creaky system going. In many organizations the point is reached where the question must be faced: Is it time to junk it?

There’ll likely be arguments going either way. With the family car, maybe it’s attractive to get something new and shiny- the old car has served its purpose and it’s time to send it to the great scrapheap in the sky. There again, maybe you apply some eco-thinking, to wait a little bit longer until the prices of electric vehicles fall.

Multiply these thoughts by a thousand and you’ll appreciate the dilemma of many corporations whose IT systems are reaching the end of the road.If that’s where you’re at right now, considerations you’re probably weighing include: Can we afford the cost, and if so what can we afford? You know that trying to save money and going for the cheapest option is probably not wise, but does the organization really need the ‘fully loaded’ version? If you buy cheap now, will you then need all the extras added within a year of roll out? The available budget rules, but you know that saving a little now could easily cost a lot more later. After all, that’s exactly the story of your existing legacy system.

Allied to the question of what can be afforded is the whole consideration of what is being bought: An upgrade, a build or rebuild, or an outright buy.

OK, an upgrade: everyone understands upgrades. It won’t be perfect, but hey, things will work better, with a little more functionality than before. At least we’ll keep on keeping on, hopefully without much interruption of vital processes. Upgrades come relatively cheap, and probably won’t be disastrous. You won’t get exactly what everyone in the organization is demanding, but show them the relative costs, and that might silence the in-house critics.

Build it and they will come…

On the other hand, a major re-build, or a build from scratch is quite the project. If you’re a clever IT manager (and of course you are!) you’ll ensure that all your stakeholders are fully onboard, by offering them their dream system. Everything they hated about the old processes will be done away with, in place of a new, entirely fit-for-purpose build. It goes almost without saying that this will massively overrun in terms of cost and time, and well before the end everyone in your company will hate you, but you will eventually deliver on the dream. The system will perform magnificently and the fact that your hair has turned grey will be dismissed as collateral damage by your colleagues.

Or… Just go out shopping and buy a nice off-the-peg system from some trusted supplier. It will be shiny and new, and most of the headaches in implementing it will be felt by the vendor, rather than you. Naturally the off-the-peg system won’t perform exactly as your organization needs it to, so you’ll have to either make numerous compromises, or confront the prospect of months of teaching bought-in consultants about your needs, so that they can then translate these into action points. (And don’t be cynical here: of course they won’t mistranslate your requirements).

Down here or up there?

There are further questions to tax yourself with too, such as where will your new system live? Up there in the Cloud seems pretty attractive, where you can pay for scalable use, as and when needed. Cloud-based solutions are relatively easy to get up and running, but how secure are they? Keeping everything physically in house perhaps offers more security, and there is the advantage that you can patiently build the system piece by piece. If it was the old family car or pickup truck under re-build, you can do the engine one month, the transmission the next, and so on. Piece by piece, item by item, the in-house approach has its attractions.

However, what if you could turbocharge the engine, rebuild the transmission and modernize the braking system, all without touching your old automobile? In fact, doing all this and more while still running it on a daily basis? Upgrade, build or buy no longer enters the picture, because you can do all three, in effect. OK, admittedly this isn’t physically doable with your pickup truck, but when it comes to IT infrastructure, it most certainly is, with a low-code solution such as Oriana’s Effector platform.

Low-code platforms allow intuitive creation of ideal systems, by the actual users of the system. Effector presents a large library of ready-to-go apps, which can also be precisely tailored for the use-cases of a specific organization. All this is achievable with little or no outside consultation, and the enhancements take place on top of the existing infrastructure, so there is no impact on the backbone processes of a company. Everyone involved in the workflow can input their suggestions, safely and without compromising the system - you won’t get the engine accidentally put in place of the transmission!

Suddenly, all the worries of whether to upgrade, re-build, or buy from new are removed: You want it all? – You can have it all. You want it now? – You can have it now. There is no need to put off the day when you will be forced to take action because the old truck has come to a sudden stop on the highway. Put simply, now is the time for action because uniquely, and for the first time ever, all the pieces are in place.
Upgrading, building or buying your next back-office app is no longer the question, because the entire answer is contained in a single product: Effector.

If you want to better understand the world of Effector, please register for our Oriana thematic webinars here. 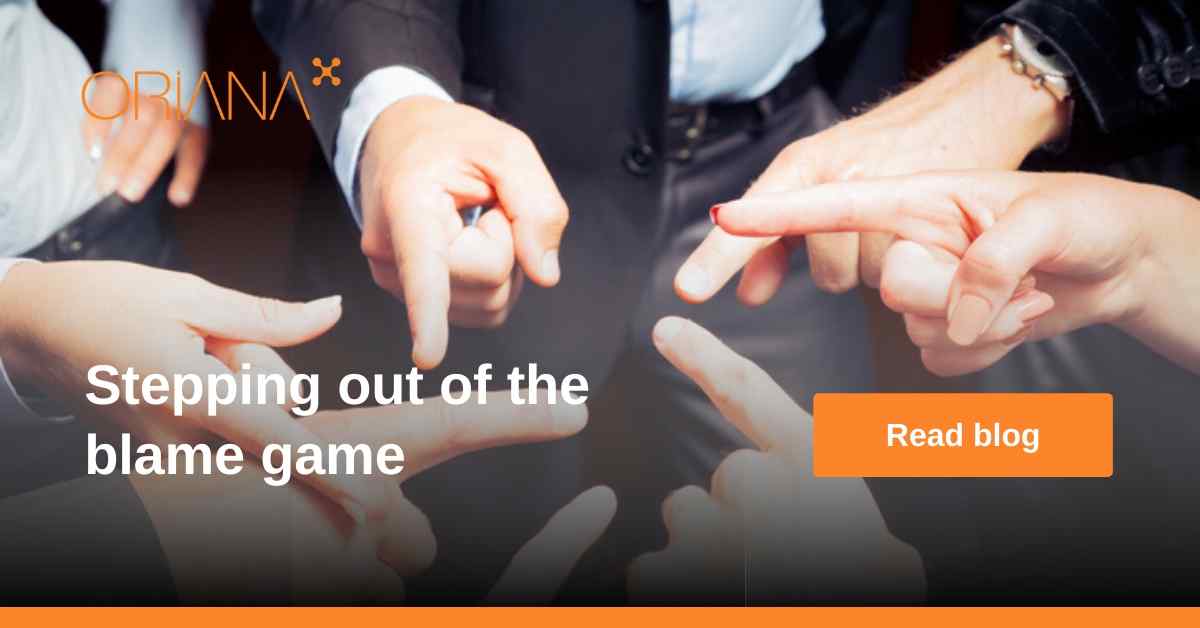 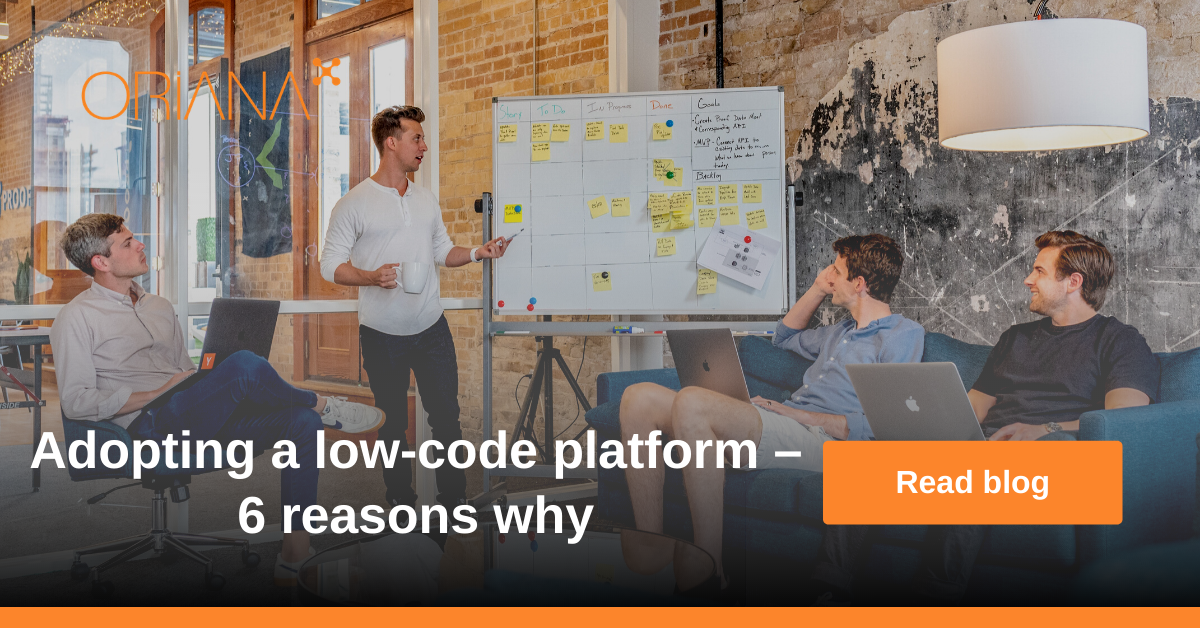