8 reasons why SQL is the perfect coding language

An Enterprise Application is a large software system platform, operating in a major business or organization, providing complex, scalable, and mission critical functions. Basically, if the EA were ever to go down, chances are the business goes down too.
EAs are based on structured data, and the best way to store these data is in a relational database where data is managed and manipulated. The most effective way of doing that is with Structured Query Language, or SQL.

The advantages of using SQL to implement business logic in enterprise environments are numerous, and include:

Because SQL Queries can be used to retrieve large amounts of records from a database quickly and efficiently.

The language is also portable, being suitable for use in programming for PCs, servers, laptops, and even some mobile phones.

‍Another strength of SQL is that it is the de facto global programming language, for which defined standards have long been established, with SQL being adopted by the ANSI & ISO standards organizations. In contrast, non-SQL databases do not adhere to any clear standards, which is a disadvantage both for operators, and for programmers who must keep their organization up and running.

SQL is an exceptional reason programming language that is utilized to interface with databases. It works by understanding and analyzing databases that include data fields in their tables, for example, in a large organization where a lot of data have to be stored and managed.

In addition, using standard SQL makes it easier to manage database systems without having to write substantial amounts of code.

Not only is less coding required, but the use of SQL also gives access to the mass of people who are able to code, as it’s the world’s most commonly used language for databases.

Acid is the concept we are all looking for when choosing a datastore solution, and SQL fulfills all the requirements, within the setting of Effector. ACID stands for:‍

Atomicity, which means that all operations which are encapsulated within a transaction are either taken as completed successfully, or rolled back. There is no other option.
Consistency means that the database will never be in a half-completed state, not even if something bad happens in the middle of a transaction. Even on full system failure, every unfinished transaction will be rolled back. This facility to roll back transactions plays a vital part in the mission-critical stability of systems. Whatever happens, there’s always a reliable and accurate point to return to.
Isolation ensures that every transaction is kept separate, and unable to access another transaction’s resource, until all processes are finished. Isolation is not actually a feature of every system out there.
Durability means that the changes made by successfully finished transactions will be permanent. Even in the event of system failure, the committed data stays where it’s supposed to be. In other words, it’s safe.‍

It’s the perfect language for a low-code platform.

‍Effector, from Oriana is a leading low-code platform, using SQL as the means to create business logic for Enterprise Applications. So what are the SQL characteristics that make it the perfect tool for low-coding platforms in enterprise environments?
The application data is in an SQL database, so we can base our business logic on this data. There also has to be some kind of a graphical or UI-based model to ‘help’ the application developer community create business logic using the data in the SQL database.
It’s true that having a graphical and UI-based business logic building tool can help Citizen Developers, but that may not always be as powerful as SQL, so from time to time users have to reach back to SQL to implement more complex business logic. This is a distinct advantage offered by Effector, in that it can be approached both at the graphical UI level, and at the deeper SQL programming level. The two approaches are not in opposition, but are complementary.

Put all together you have the perfect ingredients for a well-functioning EA: The world’s best-understood and accepted programming language, SQL. Couple this with a low-code platform, giving unrivaled flexibility and an easy to use graphical approach. Then check that the concept of ACID is fulfilled. Effector from Oriana ticks all the boxes.

An Enterprise Application is a large software system platform, operating in a major business or organization, providing complex, scalable, and mission critical functions. Basically, if the EA were ever to go down, chances are the business goes down too.
EAs are based on structured data, and the best way to store these data is in a relational database where data is managed and manipulated. The most effective way of doing that is with Structured Query Language, or SQL. 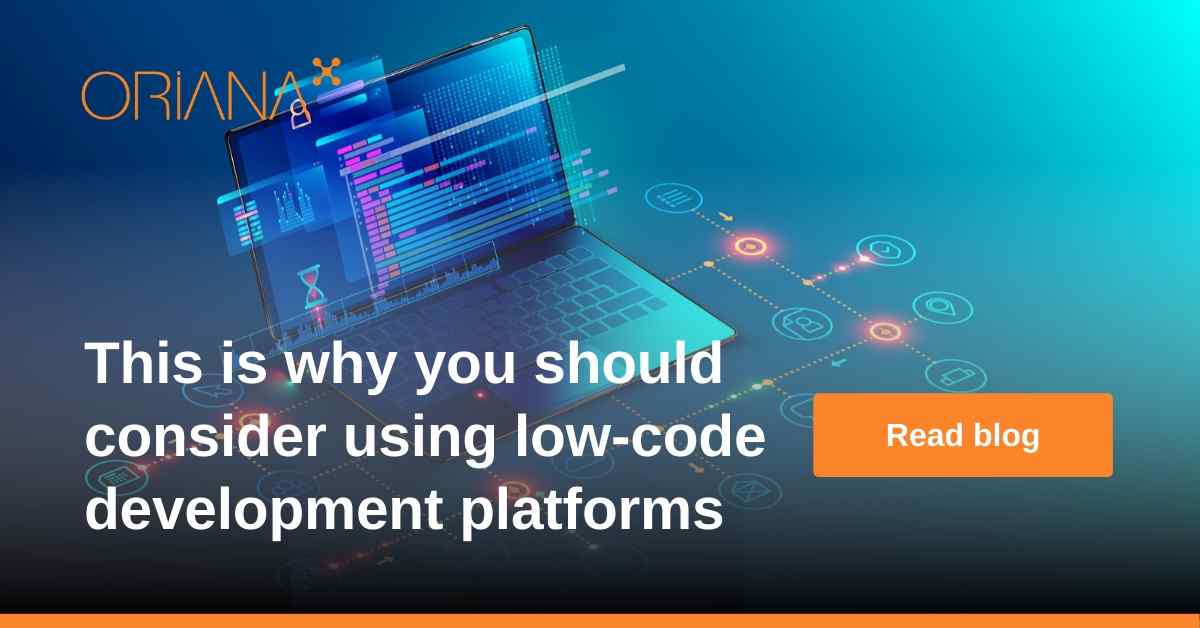 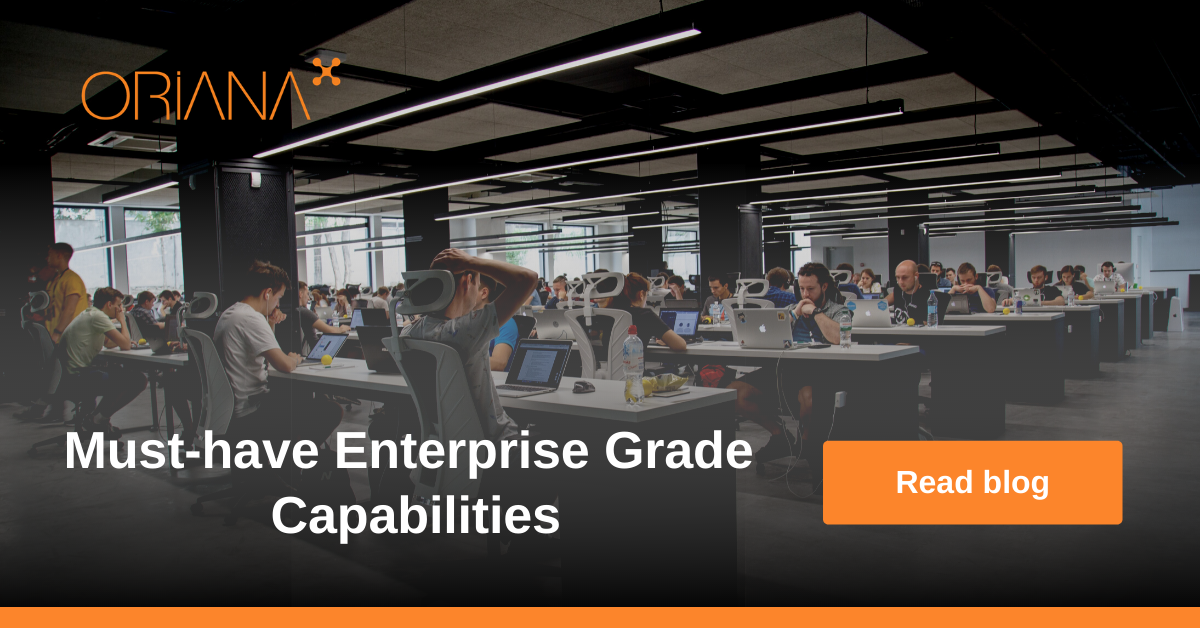